Need to solve some of the most common toilet problems? We've got you covered with this comprehensive guide!

You're our first priority.
Every time.

Appliancesradar.com is a review channel. When you complete orders through links on our site, we may earn an affiliate commission. As an Amazon Associate we earn from qualifying purchases. Read more

There are many different components that make up a toilet, and each plays an important role in its proper functioning. Here is a look at some of the most important toilet components and what they do:

Toilet bowl - The toilet bowl is the part of the toilet where waste is collected. It is typically made of porcelain or ceramic, and it is connected to the drain pipe.

Toilet seat - The toilet seat is the part of the toilet that you sit on. It is usually made of plastic or wood, and it is hinged to the toilet bowl so that it can be lifted up and down.

Toilet tank - The toilet tank is the part of the toilet that holds the water. It is usually made of porcelain or ceramic, and it is connected to the water supply. 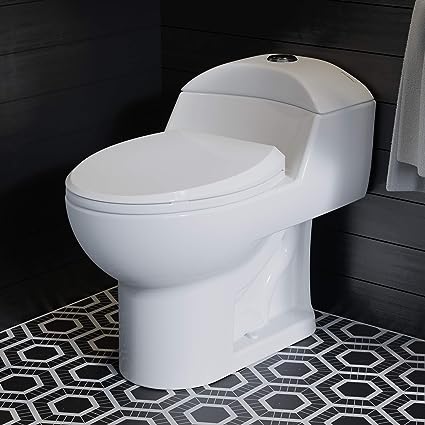 If you have a clogged toilet, there are a few possible reasons. The most common reason is that someone has tried to flush something down the toilet that doesn't belong there, such as diapers, feminine hygiene products, or paper towels. Another possibility is that there is an object blocking the flow of water in the toilet bowl, such as a toy or a piece of jewelry. If you have a septic tank, it's also possible that the tank is full and needs to be pumped out.

Whatever the reason for your clogged toilet, there are a few things you can do to try to fix it yourself before calling a plumber.

First, try using a plunger to see if that will clear the clog. If the plunger doesn't work, you can try using a plumber's snake to reach down into the toilet and try to break up the clog manually. If neither of these methods works, then you'll need to call a plumber to come and take care of the problem.

There are a few different reasons why your toilet might be leaking. One possibility is that the wax ring seal between the toilet and the floor has become damaged or dislodged. This can happen if the toilet is not properly installed, or if it is moved or jostled too much after it has been installed.

Another possibility is that there is a crack in the toilet bowl or tank. This can happen if the toilet is dropped or knocked over.

Finally, it is also possible for the water supply line to the toilet to leak. This can happen if the line is damaged or if it is not properly connected to the toilet.

Fixing a toilet that is leaking from the base can be done by replacing the wax ring seal. This is a relatively easy repair that anyone can do. Simply remove the old wax ring seal and replace it with a new one. Make sure that the new wax ring seal is the same size and shape as the old one. If it is not, it will not create a proper seal and your toilet will continue to leak.

If your toilet is leaking from the tank, it is likely that there is a crack in the tank. This type of leak is more difficult to repair and will require the services of a plumber. In most cases, the plumber will be able to patch the crack and stop the leak. However, if the crack is too large or if it is located in a difficult-to-reach spot, the plumber may need to replace the entire tank. 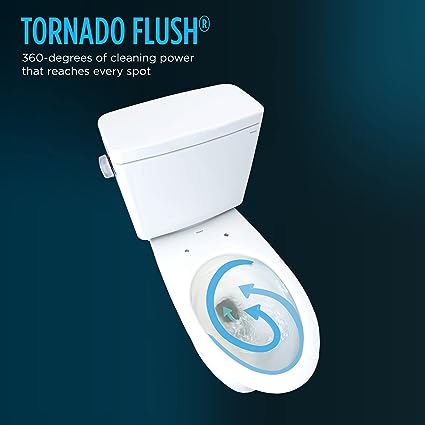 One reason the bowl water level may drop is if the flapper or another component in the flush valve assembly is not sealing properly.

If the bowl water level drops suddenly, it could be due to a clog in the flush valve assembly or the supply line. Check these components first to troubleshoot the issue. Finally, if you have recently installed a new fill valve, it may need to be adjusted to the proper height.

1 . Check if the water shutoff valve to the toilet is fully open. If it is not, turn it clockwise until it is completely open.

2. Flush the toilet and check to see if the water level in the bowl drops significantly. If it does, the problem is likely with the fill valve or float assembly.

3. Adjust the float assembly so that it is level with the water in the bowl. This will ensure that the valve is opening and closing properly.

4. If the problem persists, replace the fill valve with a new one. This is a relatively easy repair that can be done without calling a plumber.

5. If the water level in the bowl still drops after adjusting the float assembly and replacing the fill valve, there may be a leak in the tank. Inspect the tank for cracks or leaks. If you find any, you will need to replace the entire tank.

There are a few reasons why your toilet tank may whistle when you flush it. One possibility is that the water level in the tank is too low.

This can happen if the fill valve needs to be adjusted or if there is a leak in the tank. Another possibility is that the flapper valve is not sealing properly, allowing water to escape from the tank.

If your toilet tank is whistling after a flush, it's likely due to water being forced through a small opening. This can be caused by a variety of things, such as a defective flapper or fill valve, or a buildup of sediment in the tank. Luckily, there are a few easy solutions that can help silence your noisy toilet.

First, check the flapper to see if it's properly sealing the opening between the tank and bowl. If it's not, simply adjust it so that it fits snugly against the opening. You may also need to replace the flapper if it's damaged or worn out.

If the flapper is fine, then the problem may be with the fill valve. This is the component that controls the water level in the tank. If it's not working properly, it can cause water to gush out of the tank too quickly, causing a whistling sound. To fix this, simply adjust the float arm so that the water level is lower.

Finally, if neither of these solutions works, it's possible that there's a buildup of sediment in the tank. This can cause the water to become turbulent, which can create a whistling sound. To clean out the sediment, simply flush the toilet and let the tank refill. Then, use a plunger to dislodge any stubborn clogs.

There are a few reasons why your toilet may be flushing slowly. One possibility is that the water level in the tank is too low.

If the water level is too low, the flush will not be powerful enough to clear everything out in one go. Another possibility is that there is something blocking the passage of water from the tank to the bowl. This could be a build-up of sediment or debris in the pipes, or it could be a foreign object that has somehow made its way into the system.

If you suspect that there is something blocking the passage of water, you should call a plumber to have a look and clear it out. Finally, it is also possible that the flush valve itself is not working properly. If the flush valve is not opening all the way, or if it is leaking, this can also cause a slow flush.

4. Check the Trip Lever- The trip lever is what allows you to flush the toilet. If the trip lever is not working properly, then it will not be able to activate the flapper and allow water to enter the bowl, which will result in a sluggish flush.

Toilet refills on its own

There are a few reasons why your toilet may be refilling on its own. One possibility is that there is a leak in the fill valve, which is the part of the toilet that controls the flow of water into the bowl.

Another possibility is that the float arm or float ball isn't working properly, which can cause the water level in the tank to get too high and trigger the fill valve to turn on.If your toilet is refilling on its own, it's important to figure out the cause so you can fix it. Otherwise, you'll just be wasting water and money.

There are a few things that could be causing your toilet to refill on its own. It could be a problem with the fill valve, the float, or the flapper. If you're not sure what's causing the problem, it's best to call a plumber. However, here are some potential solutions that you can try:

- Check the fill valve: The fill valve may be loose or broken. Tighten it or replace it if necessary.

- Adjust the float: The float controls how much water is in the tank. If it's set too low, the tank won't have enough water and will refill on its own. Try adjusting the float until the water level is where it should be.

- Replace the flapper: The flapper is what keeps the water from draining out of the tank. If it's not sealing properly, water will leak out and the tank will refill. Try replacing the flapper with a new one.

Most people don't realize that there is a a scientific reason behind why your toilet gets sweaty. It all has to do with the way water evaporates in warm environments.

When water evaporates, it takes on heat from its surroundings. This process is called latent heat of vaporization. The warmer the environment, the more quickly this happens.

Toilet tanks are typically made from porcelain, which is a very good conductor of heat. This means that the heat from the water inside the tank is quickly transferred to the outside air.

When the temperature outside is warm, this can cause the water in the tank to evaporate more quickly. This in turn causes the tank to sweat.

There are a few things that you can do in order to prevent your toilet from sweating. One solution is to simply wipe down the inside of the toilet bowl with a dry cloth after each use. This will help to remove any moisture that has built up on the surface.

Another solution is to install a small fan in the bathroom, which will help to circulate the air and keep the room from feeling too humid.

Finally, you can try using a dehumidifier in the bathroom, which will help to remove excess moisture from the air and keep the toilet area dry

how to clean your grill

how to clean silver plate

how to install a range hood

how to clean an air conditioner filter

how to clean a waffle maker

how to clean a keurig coffee maker
BEST PRODUCTS
Blog